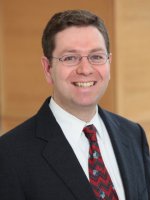 When it comes to personal finance, we are often our own worst enemies. In investing, saving and preparing for our future, the easiest change to make is no change at all.

Status quo bias in the investment world was demonstrated in a study conducted in the late 1980s by the Teachers Insurance and Annuity Association - College Retirement Equities Fund. The study found that the median number of asset allocation changes by professors over their entire careers was precisely zero. This means that more than half of the professors who participated in a 401(k) plan made no changes, ever, to their retirement plans.

Status quo bias in personal finance can be costly. For example, a friend recently told me about a relative who was in a nursing home. The cost of this relative’s medical care was expensive. So much so, that over the last couple of years, the relative hadn’t had to pay any income taxes.

After hearing about this situation, I suggested that the family take advantage of a significant tax savings by converting the relative’s traditional IRA to a Roth IRA. In doing so, all of the money in the account would be treated as taxable income. But, the relative wouldn’t have to pay taxes, due to his high medical expense deductions. Down the road, converting the traditional IRA to a Roth IRA would allow any beneficiaries to make tax-free withdrawals.

Months later, when I asked my friend if his family had done anything with the relative’s IRA account, I learned that no change had been made. Sadly, the relative passed away suddenly and the significant tax savings opportunity was no longer available.

Recently, Charlie Munger, Warren Buffet’s long-time partner, stated that successful investing requires "this crazy combination of gumption and patience, and then being ready to pounce when the opportunity presents itself, because in this world opportunities just don't last very long."

Being happy with the status quo of your investments and financial plan is important. In fact, it’s what we strive for as financial planners. However, being aware, being proactive and being ready to pounce when the right opportunity arises is also important. By understanding status quo bias, we can overcome our inertia and thus become more likely to reach our personal finance goals.

Information presented does not involve the rendering of a personalized investment and should not be viewed as an offer to buy or sell any securities discussed. Different types of investments involve varying degrees of risk, and there can be no assurance that any specific investment or strategy will be suitable or profitable for an investor.

Tax and legal information contained in this publication is general in nature and should not be relied upon as tax or legal advice. Always consult an attorney or tax professional regarding your specific legal or tax situation.