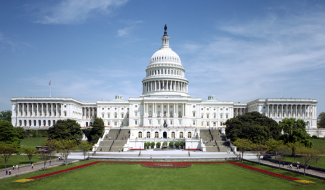 Tax Reform Is Here! Here's What it Means for You

The following article is provided by Ed Slott and Company. Affiance is granted access to this content as part of Financial Planner Seth Meisler’s membership in Ed Slott’s Elite IRA Advisor Group — an exclusive group for financial advisors dedicated to being leaders in the IRA industry. If you have any questions about the following information, please contact us today.

On December 22, 2017, the Tax Cuts and Jobs Act was signed into law. This far-reaching piece of legislation will overhaul the tax code. But what does it all mean for you and your retirement plan? Here are some highlights.

Tax reform keeps seven tax brackets and lowers the top rate to 37% for individuals. The Alternative Minimum Tax (AMT) has been scaled way back. The standard deduction is doubled to $12,000 for singles and $24,000 for those who are married, filing jointly, and the child credit has been expanded. Personal exemptions are suspended.

These changes, like most of the changes tax reform brings for individuals, are scheduled to sunset after 2025. Tax reform also brought sweeping reform to corporate taxation. Changes on the corporate side, unlike the individual side, are permanent.

When it comes to your retirement plan, the big news may be what was NOT changed by tax reform.

Your ability to make pretax salary deferrals to your 401(k) is unchanged. Proposals to require after-tax contributions, instead of pre-tax (i.e., the so called “Rothification” concept), never made it into the final legislation. Despite rumors of its demise, the stretch IRA also remains on the table as a planning strategy for you to leave your retirement funds to your heirs.

Roth IRA conversions may make more sense than ever. Tax brackets have been lowered and the AMT has been limited to a very few taxpayers. This may be the time to have a conversation about conversion with your advisor. These changes are currently scheduled to sunset in a few years, so there is a window of opportunity here. Now may be the time to act. No one knows for sure what the future will bring, but higher tax rates are a strong possibility. Converting now locks in today’s low rates and avoids the worries of future tax uncertainty.

Tax reform’s changes to the “kiddie tax” may be yet another reason to convert to a Roth IRA. The new law taxes children’s unearned income at tax bracket rates imposed on trusts and estates, not the rate paid by parents or the child’s own rate. The new rates can be much higher. Required minimum distributions (RMDs) from an inherited IRA are ordinary unearned income taxable at top rates. So, distributions to children from inherited traditional IRAs can get hit with very high rates very quickly, even if parents pay lower rates. Converting to a Roth IRA eliminates this worry because RMDs from inherited Roth IRAs are generally tax-free.

Recharacterization of Roth IRA conversions is not available for conversions done in 2018 or later. Conversions are now irrevocable. A Roth conversion may still be the right strategy for you, but you must be sure. You will want to be certain that there is enough money available outside of your IRA to pay the taxes. Because there is no “do-over,” advice from a knowledgeable advisor is more important than ever. Doing smaller, or partial, conversions to hedge your bets may be a strategy worth undertaking. Also, waiting until closer to the end of the year when you have a better understanding of your tax situation may be a wise move.

Recharacterization of contributions survives. This is good news for those who change their mind about the type of IRA to which they want to contribute. For example, if you discover your traditional IRA contribution is not deductible, you can still recharacterize that contribution to a Roth IRA if you are eligible to make a Roth contribution for the year.

Consider a back-door Roth IRA if your income is too high for you to make Roth IRA contributions. If you had concerns about this tactic in the past, you can rest easy. The committee reports that were released along with the new law explicitly mentioned the tactic on four separate occasions. However, you must have taxable compensation and be under age 70 ½ for the year to be eligible. Also, the pro-rata formula will apply.

Qualified Charitable Distributions (QCDs) are more valuable than ever. The QCD has always been a great tool for those who have an IRA and are charitably-minded. With tax reform expanding the standard deduction and doing away with many popular deductions, it is expected that fewer taxpayers than ever will itemize their deductions. This means that even though the charitable deduction remains, fewer taxpayers will use it. A QCD is a way you can still get a tax break for your charitable contribution while also using the new expanded standard deduction. If you are over 70 ½, you can transfer up to $100,000 tax-free directly from your IRA to the qualifying charity of your choice. These funds will not be included in your income for the year, and you can even use a QCD to satisfy your RMD.

For 2017 and 2018, the threshold for medical deductions is lowered from 10% of AGI down to 7.5% of AGI. This expands the 10% penalty exception for distributions from IRAs for deductible medical expenses, making it available for those whose medical expenses exceed only 7.5% of AGI (instead of 10%). If you have large medical expenses, you might want to consider bunching them in 2018 if you are looking to deduct them or access your IRA funds penalty-free. Remember, the exception to the 10% penalty is available even if you choose to go with the now larger standard deduction instead of itemizing.

Tax reform does away with the itemized deduction for advisory fees for your IRA. Consider paying these fees directly from your traditional IRA instead of out of pocket. Although it reduces the amount growing tax-deferred, you get a break by using pretax dollars. Because Roth IRAs are an after-tax account, this strategy won’t work there.

Tax reform also does away with your ability to claim a loss on your IRA. This was only available if you cashed out all your IRAs of the same type and the total distribution was less than your basis, so it was uncommon. However, now it is eliminated. These provisions are both scheduled to sunset after 2025.

If you lived in a qualified disaster area during 2016, you may qualify for special treatment for a distribution taken from a retirement account in 2016 or 2017. For example, if you lived in an area hard hit by Hurricane Matthew, this could affect you. The special treatment is limited to $100,000 and includes relief from the 10% penalty if you are under age 59 ½, as well as extended time to roll over distributions.

You will have more time to roll over a plan loan offset if you leave your job or the plan is terminated. Old rules only gave you sixty days to roll over the unpaid loan balance. Tax reform will extend this rollover deadline until your tax return due date (including extensions) for the year during which the loan offset occurred. This can help if you are between jobs and need more time to come up with the cash.

The estate, gift and generation skipping tax exemptions are doubled to $22,400,000 (married couple) or $11,200,000 per person for 2018. The top rate stays at 40%, and the step-up in basis stays intact. But these changes are only through the end of 2025, and then the exemptions go back to the $5 million per person indexed for inflation. With such high exemptions available, few estates will be hit with the estate tax. However, those that are subject to the tax will be hit hard. If that is you, talk to your advisor about strategies such as maximizing gifts over the next few years. When planning, don’t overlook the state estate tax, which can have much lower exemptions than the newly increased federal ones.

529 plans have been expanded. Previously, these accounts could only be used for higher education expenses. Now, 529 accounts can distribute up to $10,000 annually per student to pay for public, private, or religious primary or secondary school costs.

Distributions from 529 plans can now be rolled over to an ABLE account, if that ABLE account is owned by the designated beneficiary of that 529 account or a family member. Rollovers count towards the annual contribution limit.

Other Provisions of Interest

The Affordable Care Act’s individual mandate, which penalizes people who do not have health care, will go away in 2019.

In the past, taxpayers could claim a deduction for major losses arising from fire, storm, or similar casualties, with some limitations. Tax reform will restrict this. Personal casualty losses will be deductible only if the losses are due to a federally declared disaster. If you are not in a federally declared disaster area, casualty losses will no longer be deductible.

The corporate tax rate has been cut from 35% to 21% starting in 2018. The AMT for corporations has been eliminated. Tax reform also creates a 20% business income deduction with some limits for pass-through businesses such as partnerships and shareholders of S-corporations, LLCs and partnerships. Unlike the majority of the tax cuts for individuals under tax reform, these changes for businesses are permanent. Now may be a good time to investigate changing your business structure to maximize your benefits under the new rules.

Are you ready for tax reform? Do you have questions about your own situation? These big changes mean that now more than ever, good advice is essential. A qualified financial advisor can help guide you through all the new rules and ensure that you are best positioned to take advantage of the breaks and avoid the pitfalls.

Ed Slott and Company, LLC takes no responsibility for the current accuracy of this information