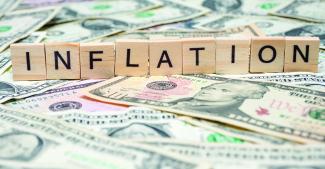 Impact of Fed Decision on Interest Rates: What Does it Mean for the Fed to be Allowing Higher Inflation?

On August 27, 2020, Jerome Powell, the Chairman of the Federal Reserve, made a historic speech that changed Federal Reserve policy. The Fed has a dual mandate – they are tasked with maximizing employment as well as managing inflation. In the speech on August 27th, Powell stated that while the Fed’s mandate has not materially changed, the Fed will be viewing that mandate through a longer lens. This means that they are willing to have higher inflation for some time to offset current lower interest rates. The Fed continues to want a long-term inflation rate of 2%, but it is willing to go above 2% in the short run if that means that the longer-term mean gets closer to 2%.

Our opinion is that the Fed policy change is a good first step. The Fed is realizing that it needs to think longer-term and that by doing so, it can create a stronger monetary system. Gone are the days when the Fed was known for its opaqueness. The Fed followed up this message by stating that interest rates will not be raised until 2023.

Helps: (We’re assuming that interest rates are low, but positive and not deflationary.)

Our opinion is that the current Fed moves make sense, as to the current realities on the ground –wealth disparity, a drop in productivity, slowing economic growth, and the current employment situation.

While the focus here was on the Fed’s most recent announcements respective to interest rates, it is critical to understand that the Fed has also increased its balance sheet to unprecedented levels. The increase in the balance sheet has also allowed rates to decrease and been stimulative to both the economy and the stock market.

The size of the balance sheet and how the Fed moves forward is of great concern as at some point in time, the Fed is likely to unwind its balance sheet and in so doing will slow the economy. In addition, it is our belief that the total federal debt level has caused economic growth to be slower than normal over these last ten-plus years. We believe it is likely that Congress will authorize another massive stimulus package to assist those impacted by the pandemic. In the short run, the stimulus is likely to increase interest rates. However, we believe this will be short-lived. More debt will ultimately cause even slower economic growth in the future. Changing this dynamic will be extremely difficult and we don’t foresee a dramatic improvement in the growth rate until such times as debt levels decrease in relationship to GDP. As such, while there can be short-term increases in interest rates, we continue to believe that the long-term decline in interest rates is inevitable.

There can be no assurance that the content made reference to directly or indirectly in this blog post will be suitable for your individual situation, or prove successful. Due to various factors, including changing conditions and/or applicable laws, the content is only reflective of current opinions or positions and is subject to change at any time and without notice. Moreover, you should not assume that any information contained in this blog post serves as the receipt of, or as a substitute for, personalized investment advice from Affiance Financial. Please remember to contact Affiance Financial if there are any changes in your personal/financial situation or investment objectives.
© 2022 Affiance Financial All rights reserved.