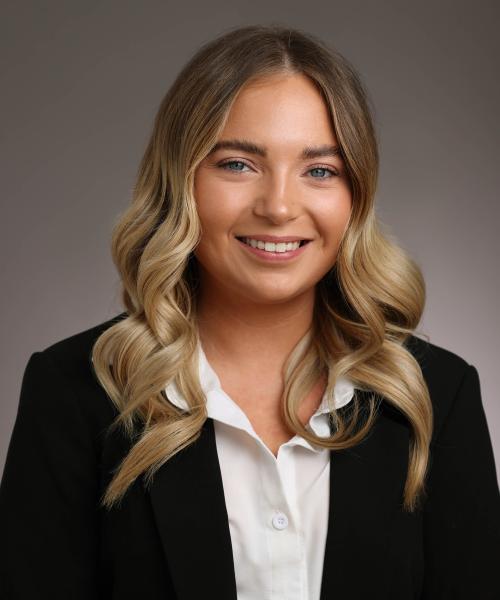 Nichole joined the Affiance Financial team in January, 2022. She graduated from Minnesota State University Moorhead, where she earned a bachelor’s degree, with a major in public relations and minors in advertising, mass communications, and human resource management. Nichole is also a Certified Paralegal. Prior to joining the firm, Nichole worked as a legal assistant specializing in construction litigation, and she was a patient relations coordinator at a pediatric therapy center. As part of the Affiance team, Nichole works closely with partner Steve Lear. Nichole helps organize Steve’s schedule, assists with his communication, and coordinates his community involvement. She also assists with client communication and scheduling.

Get to know Nichole—