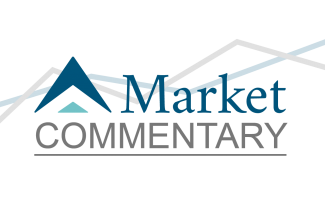 The year is half over and despite the stock market’s ups and downs, the total performance for the year is neither too good nor too bad. As of June 30th, U.S. markets were up, with the S&P 500 up 2.65% year to date. International stocks gave up some of last year’s gains, dropping roughly 5% year to date. And emerging markets, which had a stellar 2017 (being up 37%), gave back about 8% this year, primarily due to an appreciating dollar.

With the scars from 2008 to 2009 showing, a popular conversation we’ve been having with clients surrounds the question “Is this it for the market?”. The bottom line is that no one knows. We believe market cycles continue to exist, and as such, there will be bear markets, corrections, and recessions in the future. Unfortunately, no one knows when they will occur.
It is still largely ignored that the U.S. experienced a “stealth” recession during 2015, driven largely by a crash in energy prices. It was a difficult period for corporate earnings, which fell by more than 15%, and the stock market was flat for about a year, which included two corrections of more than 10%. So, we are either two years into an expansion that started in 2016, or more than nine years into the expansion that started in 2009.

A major indicator of the direction of long-term economic growth is Federal Reserve policy. If the Fed is reducing interest rates, prospects for economic growth are likely positive. But if the Fed is raising interest rates, prospects for economic growth are likely negative. Currently, the Federal Reserve is raising rates. While this is necessary to balance expansionary fiscal policy and normalize interest rates, it also implies that we are more likely getting closer to the end of an expansion period, than at the beginning of one.  However, that does not mean that the inevitable bear market is right around the corner. It is possible that the next recession is still years away.

Still, we are beginning to see some cracks in the financial system, caused in part by fiscal policy. The anticipation of tax reform was clearly a boon for the stock market in 2017. The Tax Cuts and Jobs Act of 2017 dropped personal and corporate tax rates, leading to increased corporate returns and higher consumer spending. However, there are certain unanticipated lag effects that are working their way through the economy. For example, one of the policies of the tax bill allowed corporations to bring back cash held abroad. The demand for U.S. dollars abroad has been putting pressure on foreign economies, particularly in emerging market countries. In addition, it is expected that the tax cuts will increase the deficit leading to increased Treasury issuance and higher interest rates, which could put additional pressure on these countries, as well as our own. Trade wars, such as the tariffs with China and U.S. sanctions against Russia and Iran, which have dominated headline news, also have potentially far-reaching economic ramifications. While the effects of these policies are relatively small compared to the entire U.S. economy, the process is highly disruptive and creates uncertainty for consumers and corporations. Renegotiating unfair trade agreements may have positive long-term effects. But in the near-term, we expect higher tariffs to reduce economic growth and lead to higher inflation.

While we don’t know when a market correction will occur, we know that one will eventually take place. The optimal strategy would be to perfectly time the market, selling before it goes down and buying before it goes up. Unfortunately, this strategy is virtually impossible. As such, we turn to what we call the “second-best strategy.” This strategy is having a plan in place for when markets decline. This could mean making sure you have a cash cushion so you don’t need to sell when prices go down, or it could mean planning to buy stocks when they “go on sale.” Whatever your situation, be sure both you and your advisor are clear on your spending needs, time horizon, and risk tolerance and capacity. The best defense for a market correction is a solid financial plan.

The views represented in this commentary are not meant to be construed as advice, testimonial or condemnation of any specific sector or holding. Investors cannot invest directly in an index. These unmanaged indexes do not reflect management fees and transaction costs that are associated with some investments. Past performance is no guarantee of future results. To discuss any matters in more detail, please contact your financial advisor.