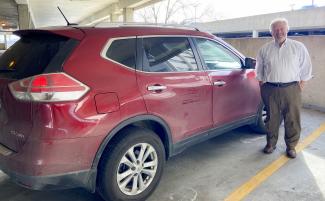 Economic Decisions Change Based on Your Situation

For years now, I have been listening to Steve Lear tell anyone who would listen how great it is to rent instead of own a home. Even more unconventionally (at least for suburban Midwesterners), he recently added a car to the list of things it is unnecessary to own.

But in the last few months, there has been a rather abrupt change in his tune. Steve is back in the home- and car- owning club, and I wanted to know why. His simple explanation – your situation in life drives your financial decisions. Here is what Steve had to say:

Sheri and I raised seven children in Plymouth, Minnesota. When we dropped our youngest off at the University of Wisconsin, we took 30 days and we just kept going east. We went to Chicago and spent 30 days in Chicago renting a condo. Renting a condo opened our eyes up to living in an urban setting. We came home and basically cleaned up our house, put the house up for sale, and decided to rent. We ended up renting in Uptown. We made a mistake in the first apartment. It was 1,300 square feet. So we rented a townhome that was right around the corner which was 2,900 square feet, but it was on three levels. So, we were experimenting with living. That’s why we rented. We knew we wanted to live in the city, but we didn’t know exactly where we wanted to live. So why put money into housing when you’re not positive of exactly where you want to live?

So that was our situation, there was a huge transition that was occurring in our lives from going from seven kids to being empty-nesters. Now, we have recently bought a condo in the Loring Park neighborhood. Why? We actually decided that we do like living in an urban setting. But today we have six grandchildren and we like to have them over, so we want to be prepared for sleepovers, things of that sort, and the place we were renting really did not allow that and it did not allow for family gatherings – my immediate family is now 25 people. We ended up getting a condo because we didn’t want to deal with maintenance issues and we ended up buying because we couldn’t find a rental that suited our needs. Also, I’m an extrovert, as an extrovert I like living in a place where I can walk in and possibly run into somebody that I might know. When we were renting a townhome, our neighbors moved in and out and it just wasn’t as energizing.

Now, onto the car. Living in Uptown I didn’t really need a car. I was working with somebody who lived right in the neighborhood who I probably coerced into driving me to work – I mean I did pay her – but she would pick me up and we would go to the office together. She decided to move on to a different job, so I ended up having to take Uber and Lyft every day and that worked for a while but the system got expensive and it became a little bit less reliable. Also, my situation changed. My clients are getting older and I really felt that I needed to go see some of my clients a bit more, rather than have them come to the office, and at the same time I became more involved in my community work, which caused me to have to leave the office, like to give speeches or things of that sort. It turned out to be more of a hassle and it was stressful, so I went back and got a car.

The one thing I want to add is, and I’m possibly a little unusual, is that I like to experiment. My decision-making process is to try something, let me see how it feels, and if it feels good I’ll stay. That’s like how it was with Affiance Financial and financial planning, I tried it out and stayed for 40 years. But, if experimenting causes you stress then you will need to make decisions based on your situation differently. For you, it will be really going through a process of trying to figure out what might be best for you, and then obtaining information from different sources and putting that in a decision-making tree or decision-making matrix, figuring out what’s really important, what the criteria is for making the decisions, and making sure that the options are skewed towards those criteria that are most important.