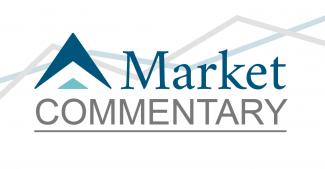 It looks like spring is finally here, as many in colder climates are seeing an ushering in of warmer weather. Accompanying spring is a sense of optimism. It is hard to believe that it was a little more than a year ago that many firms, ours included, told their employees to leave their offices and work from home. Who at that time could imagine that we would still be working from home today? The good news we are seeing is turning into green shoots in the economy – as more individuals are getting vaccinated, people are able to start going out more, travel is picking up, unemployment continues to drop, and manufacturing is rebounding strongly.

One of the largest impacts to the economy will be the federal government’s most recent stimulus and disbursement of $1.9 trillion. With the seemingly endless amount of cash being distributed to individuals and businesses, one thing we have observed is that a portion of the money finds its way into assets and is likely to continue to increase asset prices. Overall, this is good news for both consumers and investors. Who doesn’t like their home appreciating in value, or receiving a check from the Federal Government? However, we are also seeing the negative sides of so much cash, including rampant speculation on more esoteric investments such as cryptocurrency, NFTs, and SPACS. Multiple bids above the asking price for homes is another sign of a potentially overheating economy. The challenge with many of these investments is determining what is a fair value, especially at today’s prices.

While speculation on new and exciting investments is understandable, we take some comfort in relying on nearly 100 years of data to support the traditional investing model. To the patient investor, both stock and bond markets have continued to provide very healthy returns despite the occasional bump in the road. During the last 20 years, a 60/40 portfolio of stocks and bonds has returned nearly 8% per year. One of the critical characteristics for long-term investing success is patience.

Over the last three months we’ve been hearing some common themes discussed – roaring twenties is one, and inflation is the other. Our belief is that neither extreme optimism nor extreme pessimism serves long-term investors. It is doubtful that we will replay the 1920s, nor is it likely that we will experience the 1970s inflation, despite what some pundits are suggesting. The Federal Reserve has clearly stated that they believe any increase in inflation is temporary, and that they have no plans to raise rates until 2023. Their dual mandate of controlling inflation and employment appears to be squarely focused on employment. Note that the Fed has the tools to constrain inflation if needed.

Better historical analogies may be the 1940s, where the government had increased both spending and debt to fight the war effort. The government kept interest rates low for returning GIs to make sure the economy continued to run smoothly. Another period that may be similar to today is the late 1990s, when economic concerns of other countries’ currencies (Mexico, Thailand, and Russia among others) caused the Federal Reserve to remain accommodative. What followed was a rise in asset prices. If either historical analogy is accurate, then it is best to give this market the benefit of the doubt, as there likely is more room on the upside.

Our cautiously optimistic position remains in place. We continue to recommend staying diversified, especially as changing market leadership among sectors and styles has left many trying to predict what will come next. We do not expect that volatility has disappeared, and there remains real risks due to continued virus resurgence and economic shutdowns as we’re currently seeing abroad. Again, to the patient well-diversified investor, this too shall pass.

Thank you for your continued confidence in our work.